Chemo session #8 proceeded smoothly and pleasantly.  The nurse was ready to start my I.V. shortly after I was seated and although I had to wait before each infusion bag (first saline, then Herceptin, premeds, and lastly Taxol), we were out the door within 3.5 hours.  Each medication is prepared just in time in the oncology pharmacist’s office down the hall and delivered chairside.  The nurses then follow a strict protocol to ensure that the correct item is being delivered to the intended patient:  they flag down a collaborating colleague and together check and electronically scan my wristband, ask for my name, call out the medical record number, medication, dosage, and finally enter everything into a nearby computer.

Earl’s proficiency with the Cold Caps has been garnering praise from the observing nurses.  In fact, the head nurse commented that they need carbon copies of him to better help the other two patients currently using Cold Caps (on different days from mine — we have yet to see someone else using them).  From what she was saying, those patients’ helpers aren’t as efficient in extracting, warming, measuring, kneading, fitting, and recooling the Cold Caps as Earl has become.  We now have just 4 more Taxol-Herceptin treatments left, which means around 56 more Cold Caps for him to fit and for me to wear.  I will continue on Herceptin through next October after the Taxol ends, but the Herceptin doesn’t cause hair loss so won’t require Cold Cap usage.

I am ever refining my own infusion regimen.  This week, I decided that sucking on mostly ice cubes interspersed with some frozen banana and mango chunks worked most palatably to keep my mouth cold during Taxol.  I have thus far managed to avoid the taste changes and mouth sores frequently suffered during chemotherapy.  At this point, I think I can guardedly conclude that mouth cooling is working, with the obvious alternative conclusion that the Taxol dosage is too low to actually trigger these side effects in me.

I decided to stop using moleskin under my chin.  At earlier infusions I had been using a maxipad (yes, that kind), then moleskin, and have now switched to a folded washcloth to cushion my neck from the scratchy and hard Cold Cap chin straps.  I do have to hold the washcloth in place during cap changes, but the cloth is much softer and there’s no moleskin residue to clean off afterwards.  I also cut holes in the centers of the moleskin protecting my ears from frostbite.  Before, I was close to deaf from the layers of moleskin and the Cold Caps blanketing my ears.

Just as we thought we were clear and free when leaving the infusion clinic, we discovered the building’s elevator to be newly out of order.  Poor Earl ended up having to carry our Cold Cap and dry ice filled cooler (~100 pounds total) all the way down the stairs.  At least we only started out on the second floor.

The big question for me this week has been whether I can stay healthy and energetic enough for a half-marathon tomorrow at the Palo Alto Baylands.  I have intentionally taken a break from running over the past week to avoid last-minute knee problems, something I’ve been cautious with since I injured my right knee while training for my first half-marathon.  Overuse during last winter’s training led to acute pain which then forced me to take a break and reassess.  Since then, I have worked on improving both form and stride and have moved towards a more minimal style of running. 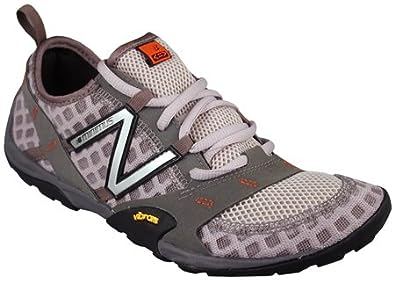 Here’s a fantastic new pair of shoes I bought recently that really underscores how differently I’m moving.  Gone is the thick bed of cushioning typical of today’s running shoes and in its place is a super-flexible, slightly compressible, low to the ground, lightweight bit of engineering. They’re not the most attractive shoes but more importantly feel great.  We’ll see how they feel after 13.1 miles tomorrow, however.

If you are just joining me, you'll probably want to click way back to May 2011 (http://susan.chaosweb.net/2011/05/) when I first started this blog after being diagnosed with very early stage breast cancer at the age of 43. I've written through the entire experience so far, from mammogram to biopsy, diagnosis to mastectomy, recovery to reconstruction, and recovery (again!) to chemotherapy.

Despite the aggressive nature of ER-/PR- Her2+ invasive ductal carcinoma (IDC), my prognosis is actually very good. And although regular screening was certainly key in the early stage diagnosis, I've learned that mammograms are not infallible. (Nevertheless, Ladies, get those mammograms done!) I have also found that oncology is not always clear cut and sometimes you have to fight for what you think will serve you best.

The past several months have undoubtedly been a learning experience and I have attempted to chronicle every notable event and emotion, not only for my own benefit and to keep my loved ones in the loop, but also in the hope I might help someone else out there who has just received that life-changing call.

For me, one crucial part of moving past cancer is staying active, to not only lower the risk for recurrence but also to promote heart health while I'm taking the cancer fighting/heart compromising drug Herceptin. Over the years I've found that it's easier to stay active if I have specific training goals, i.e. races, in mind. Here is a running total of events I have in line thus far for 2012.

I love to hear from friends. Please click here to leave me a message or to read all entries. Enter a name (ideally your own but feel free to embellish if you like), entirely optional email address and website, and of course a message (preferably not spam). Copy the characters in the grid carefully, click submit, and you will have just made me a very happy blogger. Thanks!

vicki
I just finished two weeks ago with my hair thanks to those penguins. I stumbled across your site when I googled breast cancer and caffine. I am not sure why, since I didn't see you mention it. I do miss my coffee. I love this site and really hope we meet one of these days on a race. My daughter and I are planning on doing the Nike marathon. You are incredible. Good health to you.

Cheryl Anthony
Susan, What a great entry. Though I am sorry to hear about your son's foot, you are absolutely correct. We have the ability to adapt to "a new normal" and continue with life, even if it is less comfortable. Congratulations on making it through this first year! Cheryl

Lynn Winters
Hi Susan, What great news about the mammogram! You have had a rough road, but your positive spirit and gifted writing infused with humor will inspire many. Thanks for sharing and hope a trip to Texas might be in your future! Love, Lynn

Micki
Susan, I've been thinking about you. Thanks for sharing your journey. I know it has been a rough one, but it appears to have its rewards. Much love! Micki

Your Favorite Niece
it makes me feel fat how you exercise more than i do and i don't even have cancer. i need to do something productive. LOVE YOOOU!!!! Rachel

Adam Ruthford
Congratulations on finishing your last Taxol treatment. I know that has to be a great relief for you and Earl.

Don Bailey
Dear Susan, It was so great to get your Christmas card with all those individual photos. :-) The family looks great, as do YOU. I’m picking up some coconut oil first thing tomorrow! Thanks for including the link to your blog. I had just finished reading “Steve Jobs” on my new Kindle Fire (yes, I love it), so I started your blog from the very beginning right away. Of course, I was worried about your health, so I read the latest entry first just to make sure you were okay before I took time to read. First, let me say how happy I am you're doing so well. Your blog reads as well as any novel. It is engaging, full of facts and research, humor, great photos, and excellent ideas about life and health that we can all learn from (you'll notice the preposition I ended that sentence with - oops, there's another…). You (and Earl) are truly remarkable. I loved your metaphors and verbal challenges to the cancer itself, and I was AMAZED at your research and knowledge about all things related. Most important, I was impressed and inspired by your active role in the treatments. I've often said I should take an advocate with me for doctors’ visits, since I tend not to remember anything said, but you’ve been your own advocate throughout, and no doubt it has contributed to your unusual well-being during your therapy. Probably most rewarding as I read was simply the revisiting of my friendship with you - remembering the gifted student and flute player you were. Coaching you was a highlight of my teaching days, and I enjoyed knowing your entire family (except for David, whom I don’t recall meeting, or did I?). I may write a private email later, but I wanted to tell you how delightful (odd word to use to describe a cancer blog…) it was to read your posts. I’m sure it’s been and can still be a useful resource for others going through similar treatments. It read like a novel; perhaps you will think about publishing it. Anyway, it’s great to hear you’re doing so well. Please give my regards to your mother and your very special family. Thank Earl for me for his exemplary support. And one more thing… do you think cold caps could grow NEW hair? ;-) My very best, Don

Inga Van Riper Hansen
Hi Susan, I just wanted to let you know that I am so glad I know you and have shared a part of my life with you. You are so brave and write so eloquently about cancer. It was a joy to see your christmas card. Your old friend, Inga

Naomi
Happy 2012 to you and the whole family! Here's to a healthier year for all of you. We loved the New Year's card. The kids have grown and changed so much in the last few months! You are such an inspiration to me (and probably others). I would like to point out how proud I am of my brother - we should all have men of this caliber at our side during moments of crises like this!

Gabrielle
Susan, Just got your holiday card and immediately accessed your site. I'm sure your diligence to research and documentation of your treatment will be a great source of information and comfort to others who may be battling breast cancer. You are amazing and a wonderful inspiration. You are and will continue to be in my thoughts. Much hugs and love from Texas.